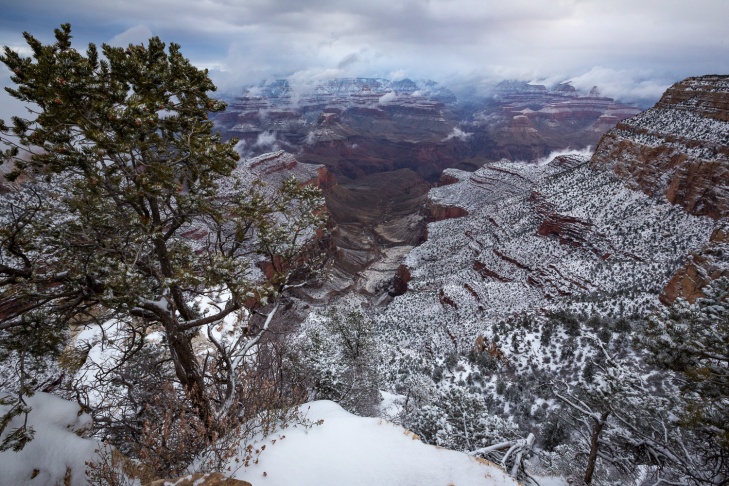 We just got back from the Grand Canyon – South Rim hoping to get some great storm cloudy pix.  It’s difficult if not impossible to schedule a trip around a storm, as getting reservations at the Canyon can be it’s own difficult task.  But we managed to get last minute reservations in one of their old ‘rustic’ cabins.

A storm was predicted for the days we were there… but today’s weather forecasters are often wrong.  Furthermore, it’s hard to say if upon a storm one will get awesome clouds and interesting sky, or complete whiteout and washed out gray skies. 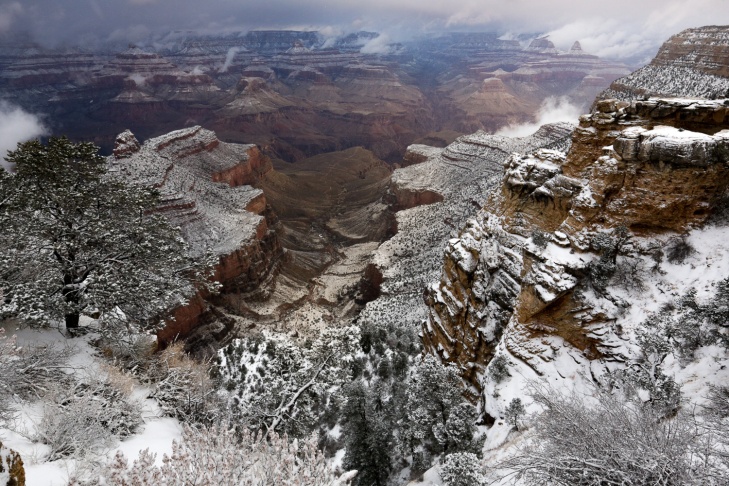 The afternoon we arrived brought snow almost immediately.  The next day we were socked in and you couldn’t see the Canyon over the edge…. so I was glad I got the shots I did when I did.

The day it snowed all day, we had hoped to get to see Hermit’s Rest, a Mary Colter building 7 miles off the main Grand Canyon loop.  Unfortunately, the road was closed due to all the snow we were having.  We got about 8″ in the day we were there.

Going to the Grand Canyon is like touring the world…. people of all nationalities wander with you taking in the magnificent sights of the ‘big ditch’…. even in the snowy winter.

While we were out driving in the snow, we passed no less than 3 tow trucks towing multiple cars that had careened off the ice.  It was like a ice rink with rental cars as bumper cars, skidding into trees and into each other, many of whom had no doubt never before seen snow.  Roads were blocked with tow trucks clearing the way, making it impassable everywhere. 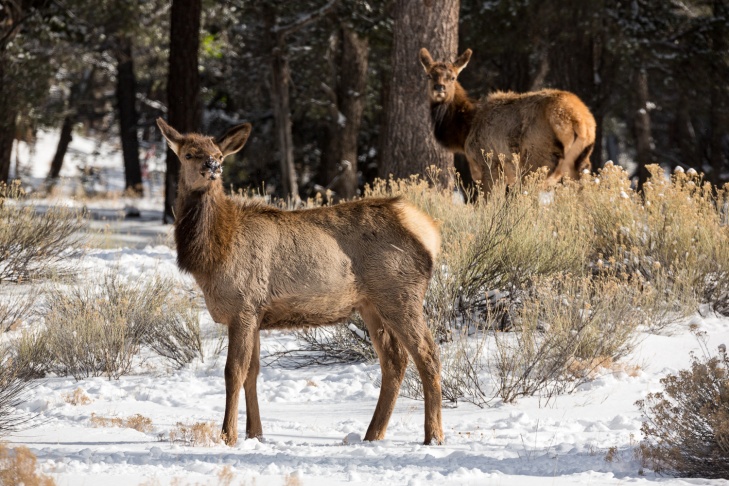 We found these elk watching the traffic go by… munching the afternoon away after a short clearing. 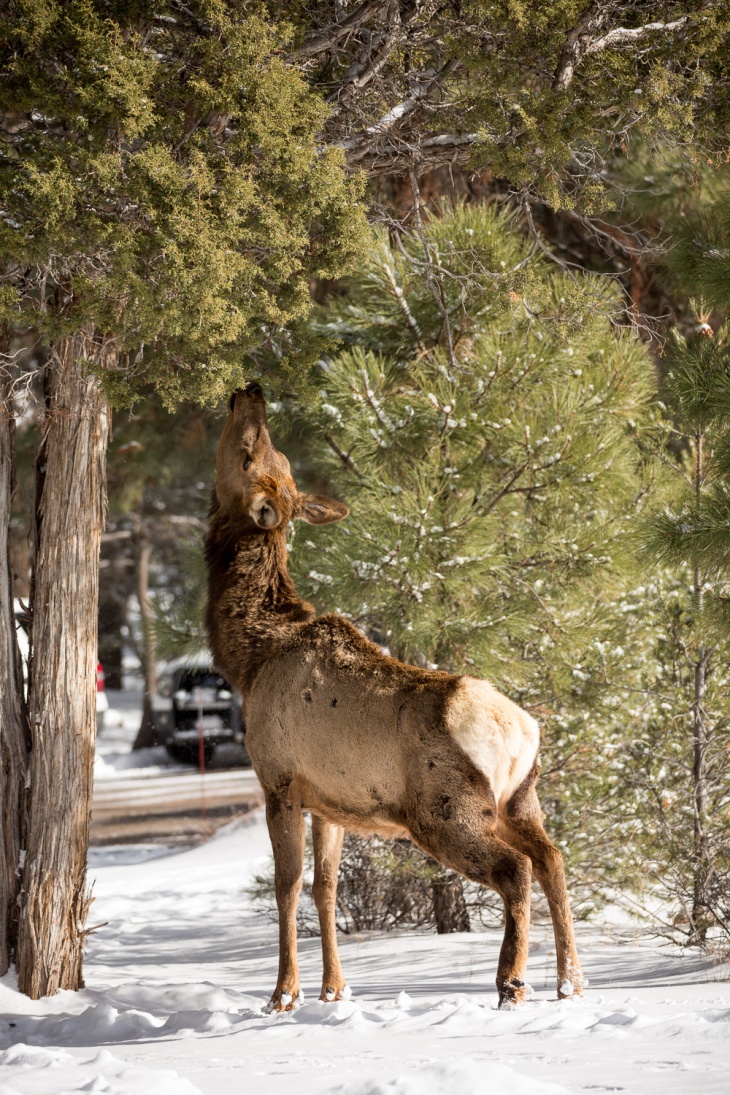 The more I study the animals, the more I am convinced that they each have their own personality.  The males of the species are much more spooky, while the females are more docile.

We caught this nice little buck enjoying the day after a recent snow storm.  He was soaking up the snow looking for food and water.

He seemed very content, and not in a hurry to get anywhere…. and I was happy to watch him and take it in. 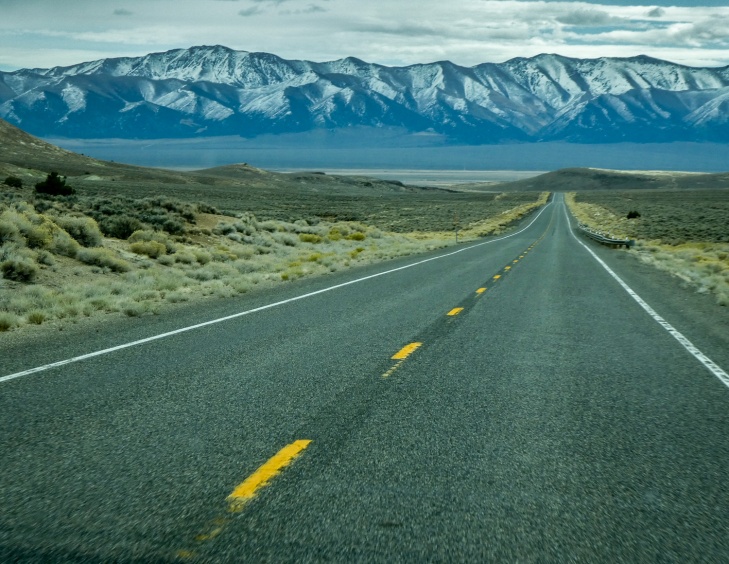 It’s been called The Loneliest Road, which ironically gave it fame and tourism otherwise unsolicited or deserved.  Route 50 cuts across Nevada from East to West, with nary a stop along the way.  It’s sole purpose to get from one end to the other… CA being on the West end, Utah being on the East. 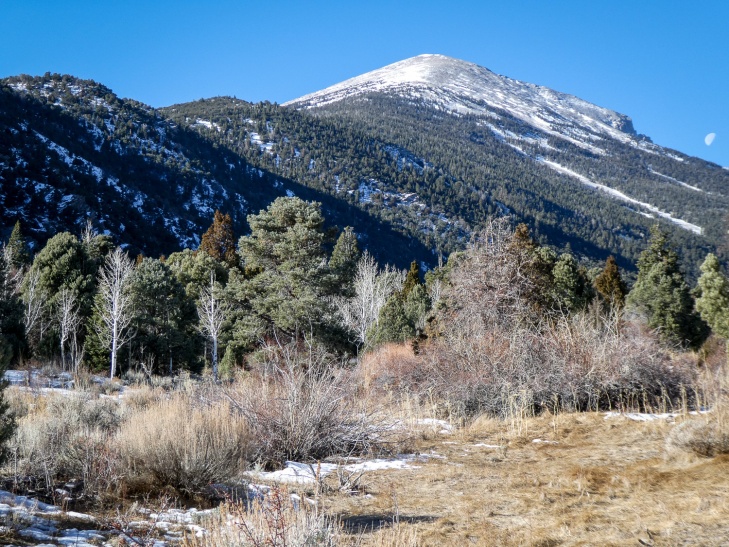 With snow on the ground, the temperatures were quite nippy.  It did provide for our first glimpse of a white turkey, though… so that was pretty cool.

Lehman Caves was open, and provided a wonderful excursion and scenic site.   You can check out my photos of the Caves here….Lehman Caves 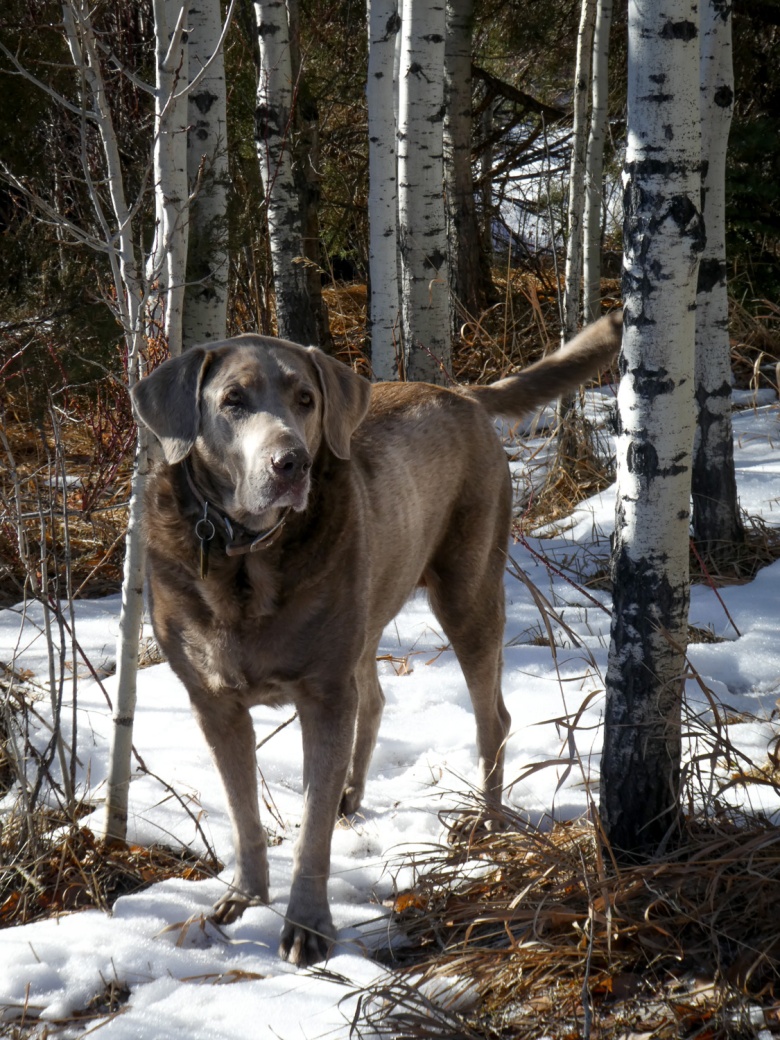 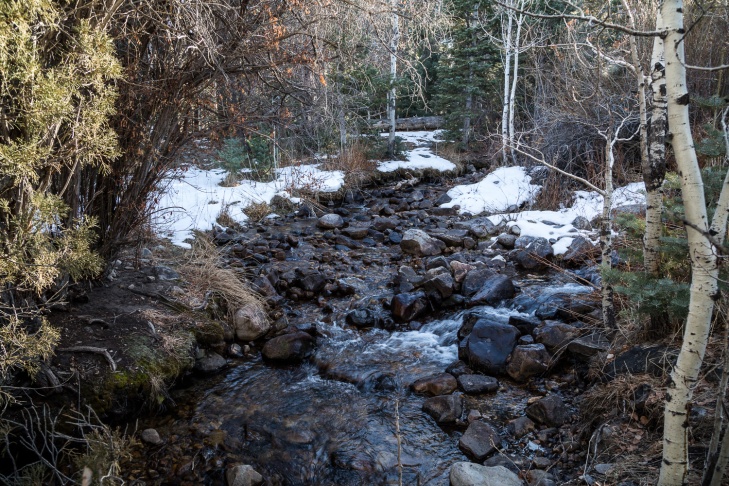 We will have to imagine the park and it’s views since it wasn’t open when we were there.  But I can tell you that the babbling brook and creek running as the snow melted was very calming and serene.  The views of the snow packed peaked above us, surrounded by aspen and birch were stunning to behold. 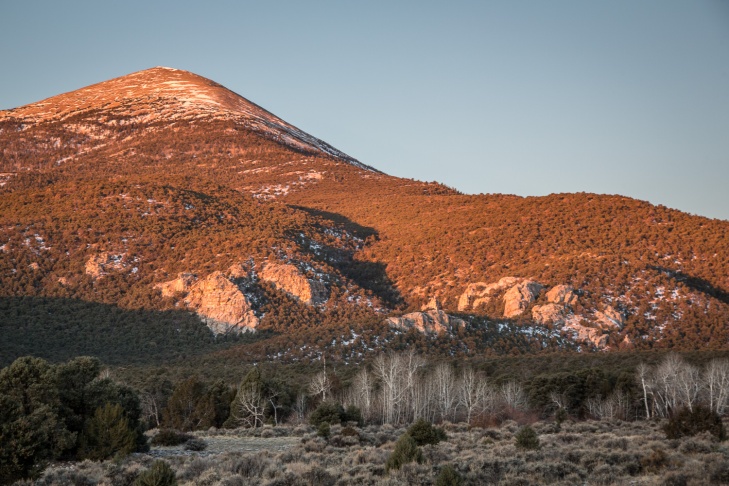 I can’t say it’s worth the drive, having seen so little of it… but it was a nice place to rest our head for the night.