Following the Tinder Fire that devastated our communities, I have been intent on capturing the many faces of the aftermath.  You can see my other post here….  https://kritterspix.com/category/pix/ 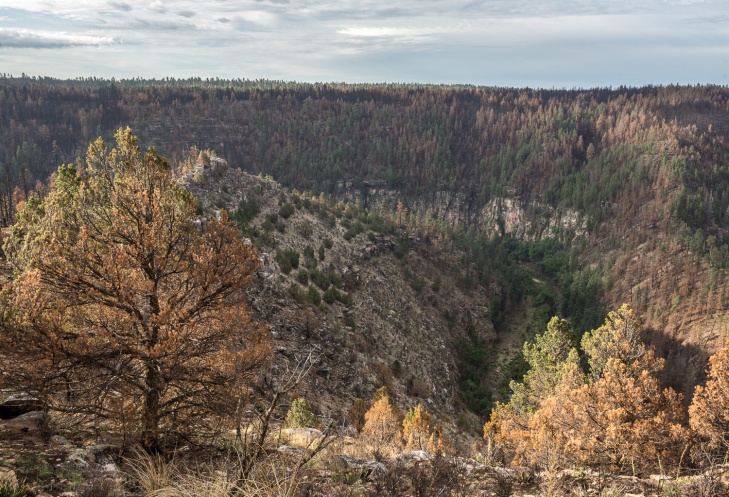 In this endeavor I have been faced with the realities that are post-fire – the devastation, the soot, the destroyed vegetation and the re-birth of new vegetation.  What I somehow didn’t expect was the realization that my photos truly are capturing a moment in time that will only be that way for that instant… to never be the same again. 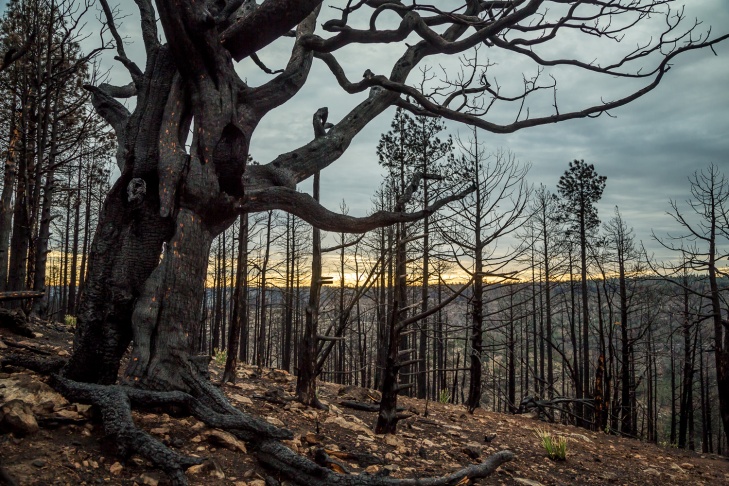 I took this photo (above), I call Charcoal Tinder, just after the fire and we were finally allowed back in the forest.  This cool tree still has the roots attached, charcoaled that they may be.  It stands as a testament to the resilience of the forest, and the trauma that it saw with fire raging all around.  I flinch to think about it.

I took these two photos of the very same tree just a week later, I called it Scar Face, now.  It’s the same tree!  It’s roots have broken off and already disintegrated into the charred soot at it’s feet.  The cool branches that stood strong amidst the tragedy of that day… are now gone.  It is already fading back into the earth from where it came. 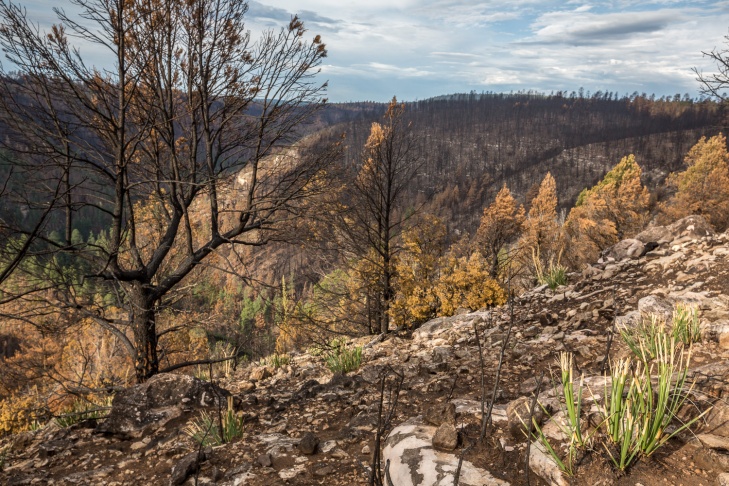 It saddens me to realize that what is left now… may not be for long.  Our forest will continue to change.  Trees will fall, leaves will drop, plain sticks and hulks of trees will become more prevalent… until nothing but a heaping pile of remnants remain.  Whoa!  That’s too vivid… but that’s what it looks like on the Mogollon Rim, years after wildfire devastated it’s beautiful landscape leaving nothing but fallen tinder in it’s wake all these years later.

I remain extremely appreciative and thankful that it wasn’t worse, and that we still have our home to return to, where so many don’t.  We look over a scarred ridge that serves as a reminder of what came so close… and I look toward the green trees amongst the brown ones and smile at their tenacity and strength. 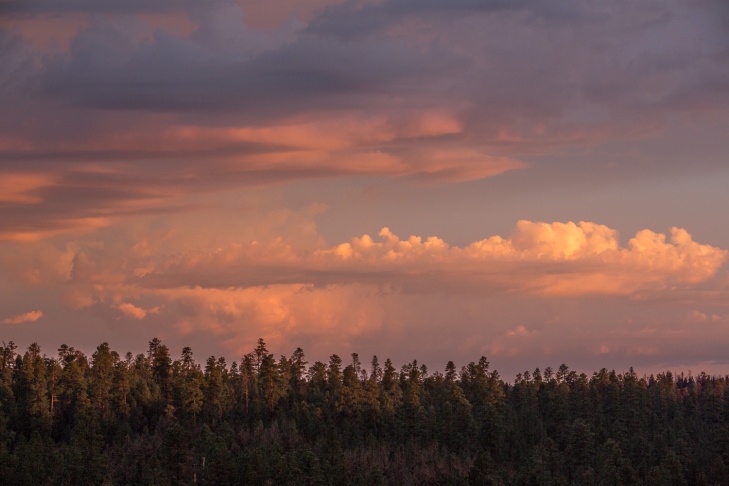